Believe it or not, prairie-spotting is not a task better left to the “experts.” 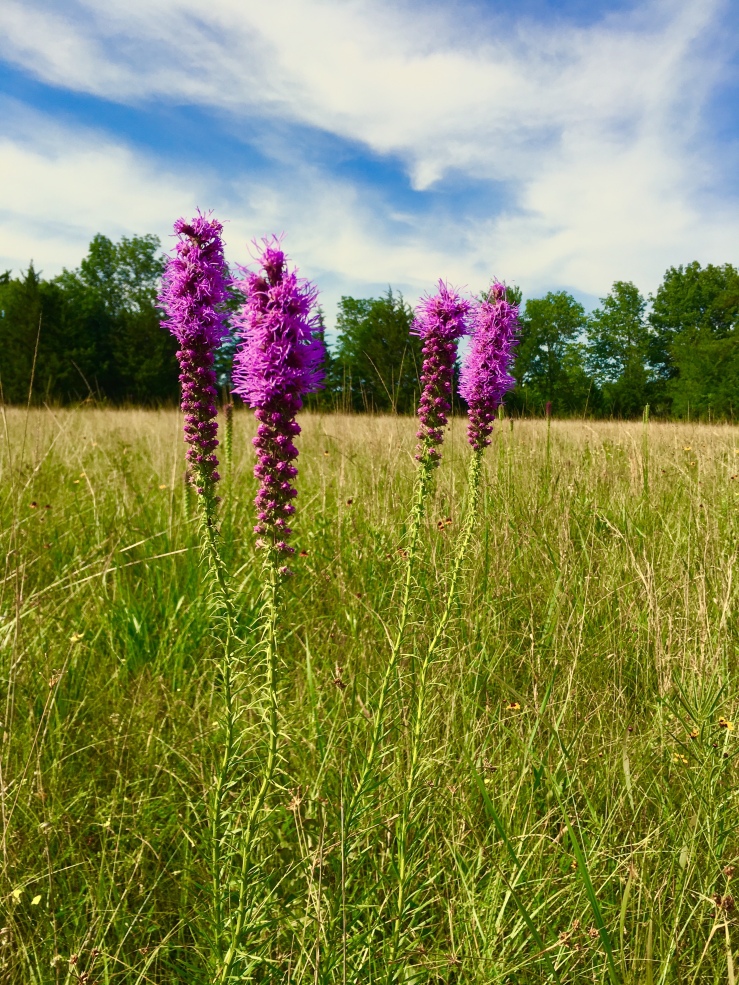 There is no question that hidden remnants of unplowed prairie still remain, even in large urban areas, but especially out in the countryside. We need to challenge, and empower, as many prairie enthusiasts as possible to go hunt for them. If we don’t find them soon we likely never will.

About a decade ago the Native Prairies Association of Texas (NPAT), in partnership and Texas Parks and Wildlife, surveyed the prairie counties in the eastern half of the state. But more have turned up since then and others could be hiding in plain sight–literally–anywhere. The more people that are looking, the better our chances of finding them.

Good places to look might include limestone outcroppings, bluffs overlooking river or creek bottoms. Places that were hard to plow.

But it’s a good idea to learn the “indicators” (plants that usually indicate prairie) first. Drive the backroads and look for them. Fortunately even though prairies harbor hundreds of species, you don’t need to know them all to find prairies. A handful or two are usually enough to get the job done.

I was once told about a prairie by a fellow who didn’t know any of the plants just that they were so unique and he’d never seen them in his pasture.

As they say “it ain’t rocket science.” But since the flowers and grasses will vary by season, and especially by location, the more you learn, the better your changes of success.

Common indicator grasses include big bluestem, Indiangrass, switchgrass, eastern gama–although most of these can, and will, grow in old fields that have been plowed at least occasionally. So it takes more than one or two grasses to make a case for a prairie.

Indicator forbs include compass-plant, Kansas gayfeather (top photo), any coneflower in the genus Echinacea (second photo), Barbara’s buttons, rattlesnake master as well as ashy sunflower (below) and many others especially on the rocky limestone soils along the escarpment that parallels I-35. Future blogs will feature some of these.

Many prairies though are not going to be visible from the roadway, so networking is important. Visit local feed stores or coffee shops and ask the old-timers if they know of any prairie hay meadows nearby.

Give it a try. Then listen.

You’ll be surprised what you learn.

At the very least you might hear about the prairies that used to be in your area.

Oh and if you do make a discovery, take lots of photos but respect private property. Consider sharing the information discreetly with NPAT. Don’t worry, the site will not be overrun by hordes of prairie-lovers.

Maybe dialogue with the owners is possible. More than likely they may not even know what they have.

Oh and the reward? Just wait til you find one that no one knew about!

View all posts by Matt White

10 thoughts on “How to spot a prairie”